HomeNewsAnniversariesCommemoration ceremony of the Greatest Messenger of Imam al-Hussain (a.s) Revolution in...

Commemoration ceremony of the Greatest Messenger of Imam al-Hussain (a.s) Revolution in the Islamic Centre of England 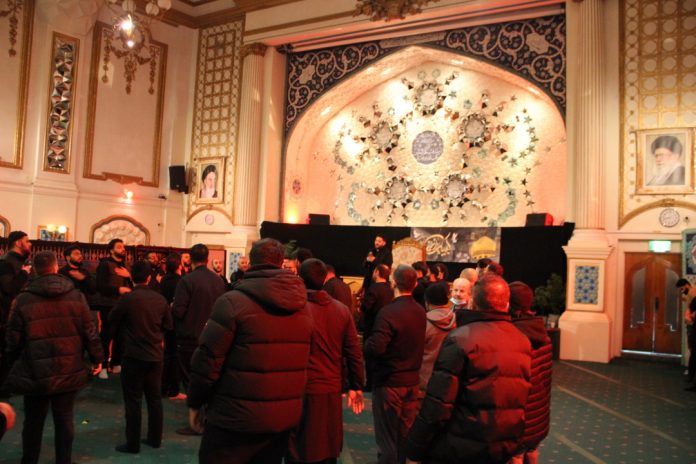 On the occasion of Sayyida Zainab’s (a.s) departure, the lovers of Ahl al-Bayt commemorated her as the Greatest Messenger of Imam al-Hussain (a.s) and the Karbala tragedy.

This religious gathering was held on the 18th of February, coincided with the 29th of Bahman, which the Bani Hashem foundation organized. This spiritual session began with the recitation of the Holy Quran, and following that, Seyed Erteza Rezavi delivered a lecture in English. He said: the holy Quran explicitly has described  Satan as our sworn enemy and has guided us Satans’s objectives.

The lecturer o this event then recited a verse of the Holy Quran which states: ” ‘Did I not exhort you, O children of Adam, saying, “Do not worship Satan. He is indeed your manifest enemy.”

Mr. Rezavi described the hypocrisy toward our creator, the Hippocratic manner, and the spreading of hypocrisy amongst those problems that should be tackled in our Islamic communities. Then quoted a sentence from Imam Khomeini (r.a) about the hypocrisy and hypocrites and said: this problem has been there like a pest from the advent of Islam until today.

In the end, Ahl al-Bayt’s panegyrists chanted lamentation in Farsi, Arabic and English, and attendees were beating their chests.

Photo gallery of Ramadan 2022 at the Islamic Centre of England