HomeNewsSpecial NewsThe Islamic Centre of England thanks all the lovers of the Islamic... 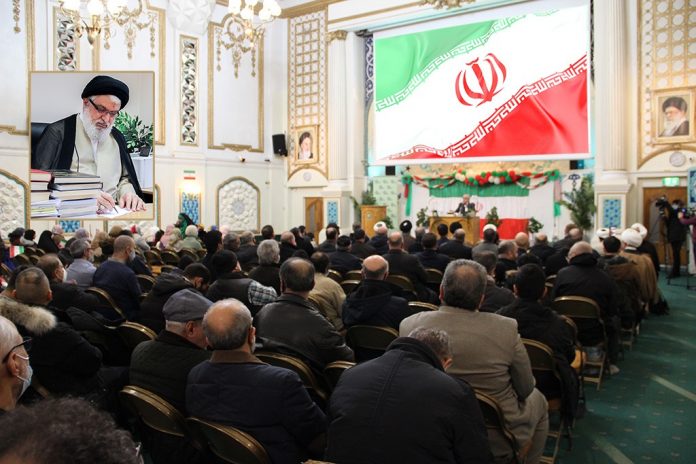 The Islamic Centre of England congratulates the community on the 43rd anniversary of the Islamic Revolution of Iran and appreciation all the devotees who participated in the celebration event that was held at the culmination of the Fajr Decade, February 11th, the day of its victory.

HIWM Seyed Hashem Moosavi stated: “I thank all the individuals who participated in the organisation of these events, especially the guests and the scientific, political, legal and cultural figures who participated in the celebration of the revolution, as well as the youth, the third generation and flagbearers of the revolution. I ask God the Almighty to grant you honour, health and well-being in achieving happiness and attaining dignity, which is among the goals of the Islamic Revolution of Iran.”

The Director of the Islamic Centre added: “While attendance during this year’s programmes in the month of Rajab and the celebration of the victory of the Islamic Revolution was unique in comparison to previous years, a small group of anti-revolutionary hooligans, utilising the peace and security provided to them, repeated their usual mischief and attempted to prevent the ceremony from taking place. They insulted guests, slandered women, and sought to create an anxious environment for children, despite participants in the ceremony ignoring the abuse.”

HIWM Seyed Hashem Mosavi condemned any immoral and illegal behaviour by individuals or groups in response to the counter-revolutionary hooligans and stated that the Islamic Centre always requests members of the community to not reciprocate any abusive behaviour. The Leader of the Islamic Revolution of Iran has clearly stated that any desecration, immoral and insulting behaviour is against our religious code and a form of disobedience to Allah (the most glorious and exalted).