HomeNewsSpecial NewsThe Director of the Islamic Centre of England: Islam is not...

The Director of the Islamic Centre of England: Islam is not all about spirituality and worshiping 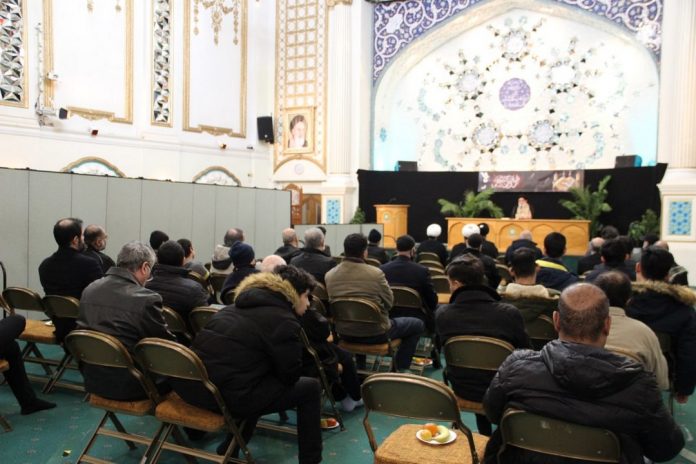 The Director of the Islamic Centre of England explained the tradition of Imam Kadhim (a.s)  in a ceremony held on his martyrdom anniversary and said: Islam is not all about spirituality and worship.
In this ceremony, which was held on Saturday night, February 26, 2022, at the Islamic Centre of England, HIWM Seyyed Hashem Moosavi considered the speech, behaviour and silence of the Imams to be a lesson for humankind and a roadmap for everyone and clarified: Among the various manners of the Imams (a.s), what is less discussed, is the political manners of those noble individuals.
The Director of the Islamic Centre of England added: “If the Imams (a.s) only paid attention to morality and spirituality and did not consider the oppression of the oppressors, there would be no reason for the arrogant rulers of their time to assassinate them. He added: “We see that all the infallible Imams, including Imam Musa Kadhim (a.s), were martyred in the worst possible way.
HIWM Moosavi said: Islam is not a religion only for inside the mosque, but also the religion of social life with the establishment of justice. Those who claim to follow these prominent figures cannot be indifferent to various things, including political affairs.
In this ceremony, one of the reciters recited some poems in praise of Imam Musa Kadhim (a.s), and the mourners shed tears for his martyrdom.