HomeNewsSpecial NewsThe Effective Manners of the Holy Prophet SAWA; Reasons for the Spread...

The Effective Manners of the Holy Prophet SAWA; Reasons for the Spread of Islam 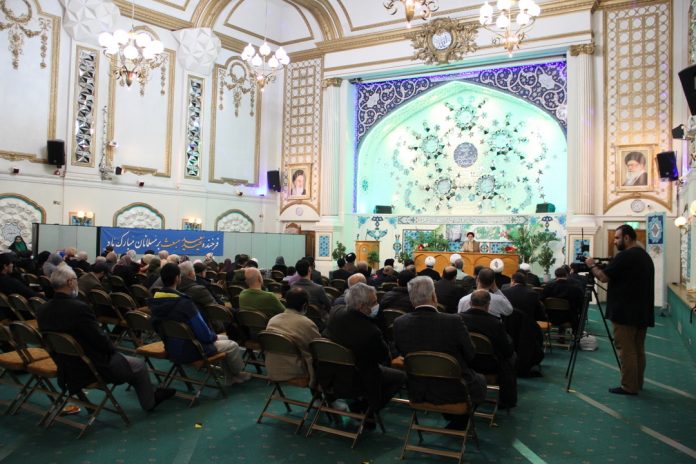 HIWM Seyyed Hashem Moosavi, the Director of the Islamic Centre of England, explained the virtues of the great Prophet of Islam (peace be upon him and his progeny)  in a speech in English and Persian, at the celebration of Eid al-Mab’ath. He stated: ‘Good morals, kindness, patience, fulfilment of the promises and love for people, were five of the greatest morals and characteristics of the last of the prophets (peace be upon them).’

In the celebration held on February 28, 2022, HIWM Seyyed Moosavi referred to the directive of the Leader of the Revolution, who said: “The Muslim nation requires the Prophet’s good tidings, warnings, messages, spirituality, and the mercy he has brought to human beings, and they are needed today more than ever.” The spread of Islam also was due to those influential characteristics that could have a positive effect on the people of that time.

Before the celebration took place in English and Persian, Sheikh Al-Turki, in a speech in Arabic, referred to the verses of the Qur’an regarding the position of the prophets, and considered honouring the day of Mab’ath to be one of the days of God by adding: ‘The great Prophet (peace be upon him and his progeny) was successful in the spread of Islam by tolerating the hardships, and at the end of time, according to the promise of the Qur’an, those who are in hardships and are oppressed will ultimately be successful after the period of toleration.’

Sheikh Al-Turki called the days of Ashura and Ghadir also to be the days of God and added that the day of the advent of Imam of our Time (May Allah hasten his reappearance) also is also considered one of the days of God, and that the followers of all divine religions are waiting for that day to arrive.

In this ceremony, the reciters praised the virtues of the Holy Prophet of Islam with beautiful poems in English, Arabic and Farsi.

The Believers from different nationalities were present at the ceremony, and as usual, the ceremony was broadcasted live on the social media of the Islamic Centre of Englands’ social media pages.