The weekly webinar on Islam and contemporary issues is held live every Monday at 6:15 p.m. on virtual networks such as Zoom, YouTube and Facebook.

The 70th session of this webinar, which was held on Monday, 28th February 2022, dedicated its topic to the following subject:

“Harms of Mismanagement of Anger on Personal, National & International Levels”

In this meeting, which was addressed by HIWM Sayyed Mohammad Razavi, he spoke for 32 minutes on the subject of the meeting. 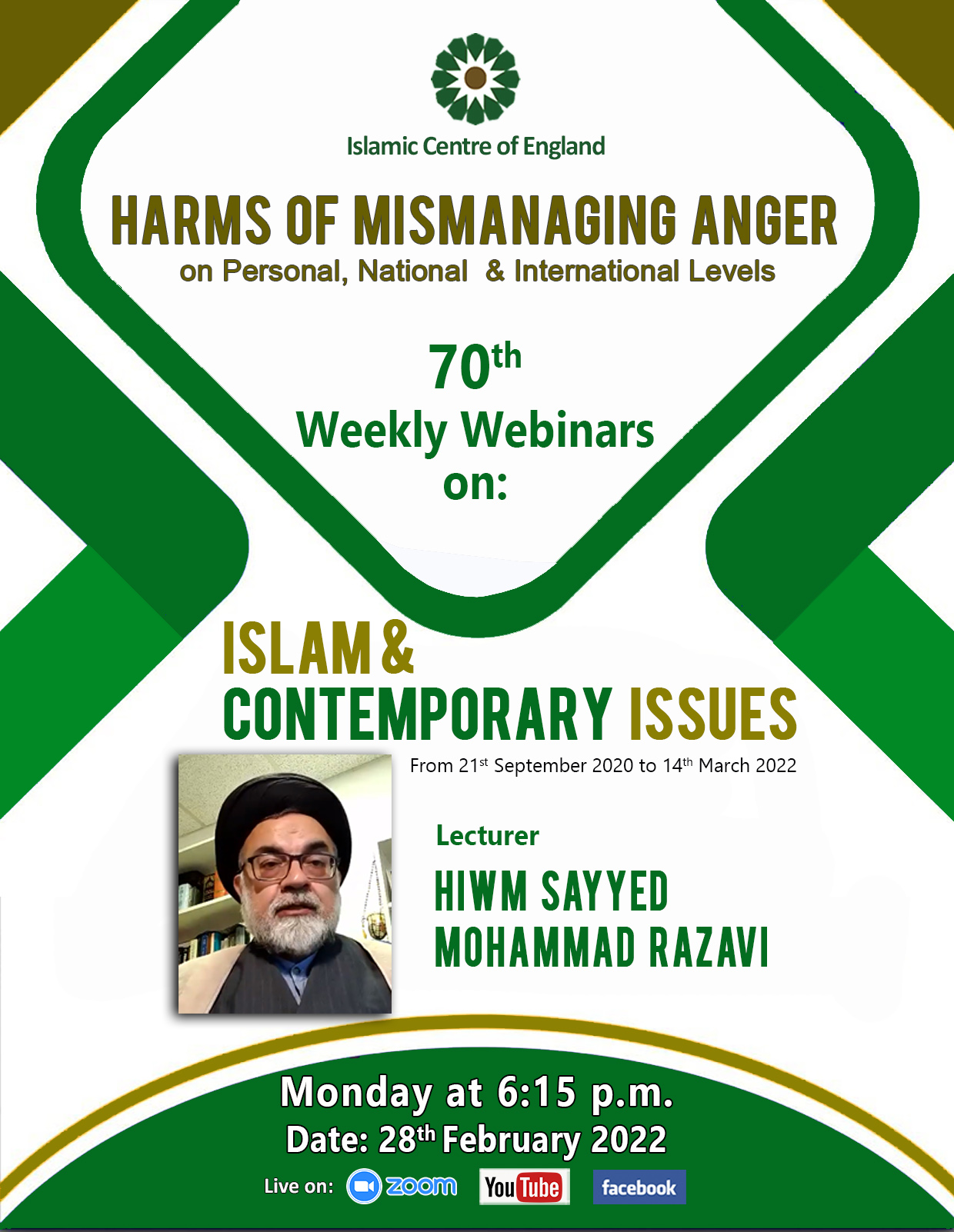