HomeNewsSpecial NewsThe Visit of Pupils from the Brentfield Primary School to Islamic Centre... 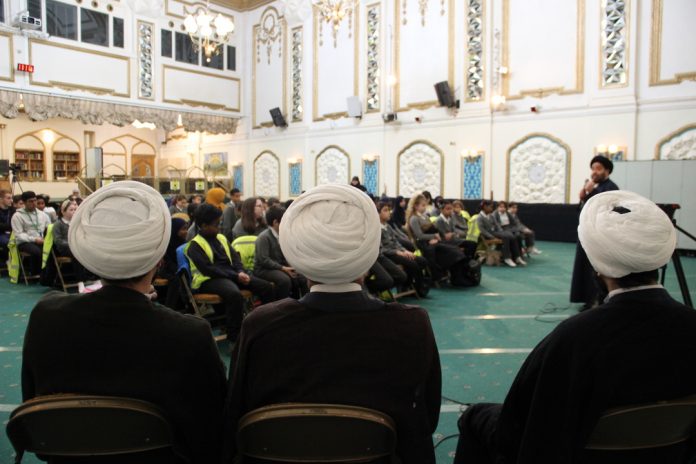 Pupils from Brentfield School in London visited the Islamic Centre of England to see the Islamic Art and learn about Islam.
72 Pupils including boys and girls of the primary school from year one to year five, along with nine teachers and their assistants, visited the Islamic Centre of England on Wednesday, March 2, 2022. During this visit, some of the scholars answered the Children’s questions after a brief introduction of Islam. The asked questions were about hijab, Friday and congregational prayers, fasting, the Qur’an, the interaction between men and women, the names of the Imams which are mentioned in a beautiful architectural design of the main hall of the Islamic Centre.
A number of Pupils said in an interview with the Centre’s media department that they had a very good day because they received a lot of useful information from the centre’s experts in a short time. They also expressed their satisfaction with the hospitality and the answers given by the ICEL’s experts to their questions and added: ‘The architecture, the design of the mirrors, walls and the painting on the front and the rear were wonderful and attractive to them.