HomeNewsSpecial NewsThe Islamic Centre of England condemns the terrorist attack at the Shia...

The Islamic Centre of England condemns the terrorist attack at the Shia Mosque in Peshawar, Pakistan. 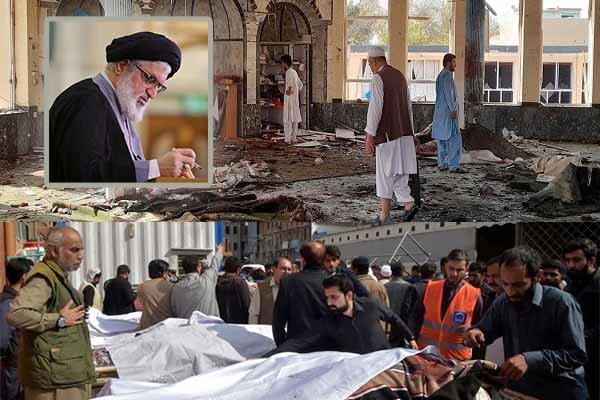 The Director of the Islamic Centre of England, in condemning the terrorist attack, issued the following statement:

In the Name of Allah, the Most Compassionate, the Most Merciful

Verily we belong to Allah, and verily to Him do we return

Once again, an obtuse and cruel terrorist attack from the enemies of Islam has killed innocent worshippers during Friday prayers at a Shia mosque in Peshawar, Pakistan, killing over 58 and injuring many more.

Indeed, the history of humanity will not neglect this tragic event, nor will it forget the savagery and irrationality of this terrorist current.

I, like all Shiites worldwide, was deeply saddened and moved by the news. From the bottom of my heart, I offer my condolences to the Imam of Our Time (may Allah hasten his reappearance), the global community of Shia Muslims, and the families of the martyrs and victims of this tragic event.

The method of the crime, the inhumane killing of people engaged in acts of prayer and worship, is a sign of the irrational and despicable nature of this current of terrorism, who have no other path but assassinations and massacring innocent people. What is more bitter than this reality is the fact that their governmental and international supporters are today’s so-called bastions of human rights.

As these terrorist movements are given refuge across the region and are thus able to repeat such brutal acts in killing Shia Muslims, we respectfully call on the UK Government to seek preventive measures that protect the oppressed people from the crimes committed against them by terrorists groups.

I ask Allah, the Almighty, to hasten the recovery of the more than 190 worshippers who were injured in the terrorist attack. I hope Allah grants mercy upon the soul of the martyrs, and patience and reward upon all the survivors of this sad incident.

The Director of the Islamic Centre of England