HomeNewsSpecial NewsCelebration of the Birth Anniversaries of the Heroes of Karbala at the... 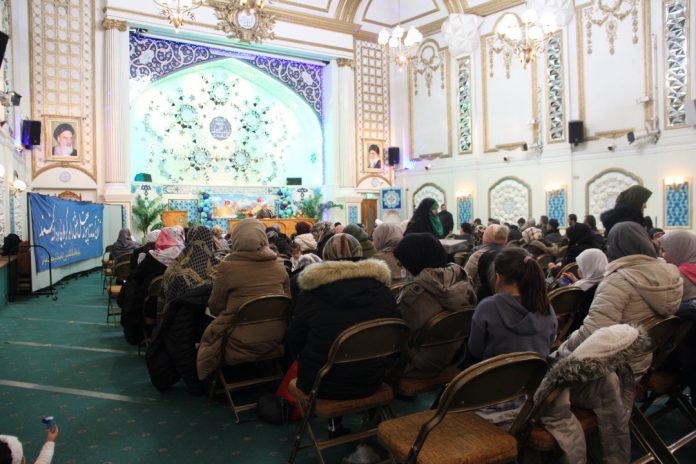 A celebration ceremony on the birth anniversaries of the three champions of Karbala, Imam Hussein, Hazrat Abbas and Imam Sajjad (a.s), was held in Farsi at the Islamic Centre of England on Monday night, 7th March 2021.
In this ceremony, HIWM Alemi, referring to the Hadith of Lawḥ (the Tablet), said: The Noble Prophet of Islam (SAWA) gave this Tablet as a gift to his daughter on the birth of Imam Hussein (a.s), the content of which was to introduce the successors of the Prophet of Islam (SAWA).
Comparing the methods of the leadership of Imam Hussein and Imam Sajjad (a.s), he added: The first function of the leadership of Imam Sajjad (a.s) was to keep the remembrance of Ashura alive and the second function of his leadership was to preserve the beliefs of the followers of Ahl al-Bayt (a.s) and transmission of such teachings by the language of supplication.
Such style of leadership had to take place in an era of governance of Yazid when in the first year of his rule, Imam Hussein (a.s) was martyred; in the second year, a massacre took place in Medina. In the third year, the House of God was destroyed in Mecca, so the confrontation with oppression was impossible except in this way.
HIWM Alemi introduced the 3rd and 4th functions of the leadership of Imam Sajjad (a.s) to be training the companions for transferring the teachings of Ahl al-Bayt (a.s) to the future generations and to provide social services to the society in the best way.