Holding the 101st week of weekly webinar on Quranic Lifestyle

The weekly webinar on Quranic Lifestyle is held live every Thursday at 6:00 p.m. on virtual networks such as Zoom, YouTube and Facebook. But exceptionally this week it was held at 5:30 pm due to coincidence with Maghrib prayer.

The 101st session of this webinar, which was held on Thursday, 17th March 2022, has dedicated its topic to the following subject:

In this meeting, which was addressed by HIWM Sheikh Jaffer Ladak, he delivered his speech for approximately 45 minutes on the subject of the meeting.

Sheikh Jaffer Ladak was born in the UK. He was the director of the DRC Group, supplyingg north locum doctors to the NHS in the UK, leaving in 2011. Beginning his Islamic studies in 2005, he has studied at Jaami’a Hawzat al-Muntadhir (a) of Grand Ayatollah Syed Taqi al-Modarresi in holy Kerbala, Al Mahdi Institute, Birmingham and the Islamic College, London. 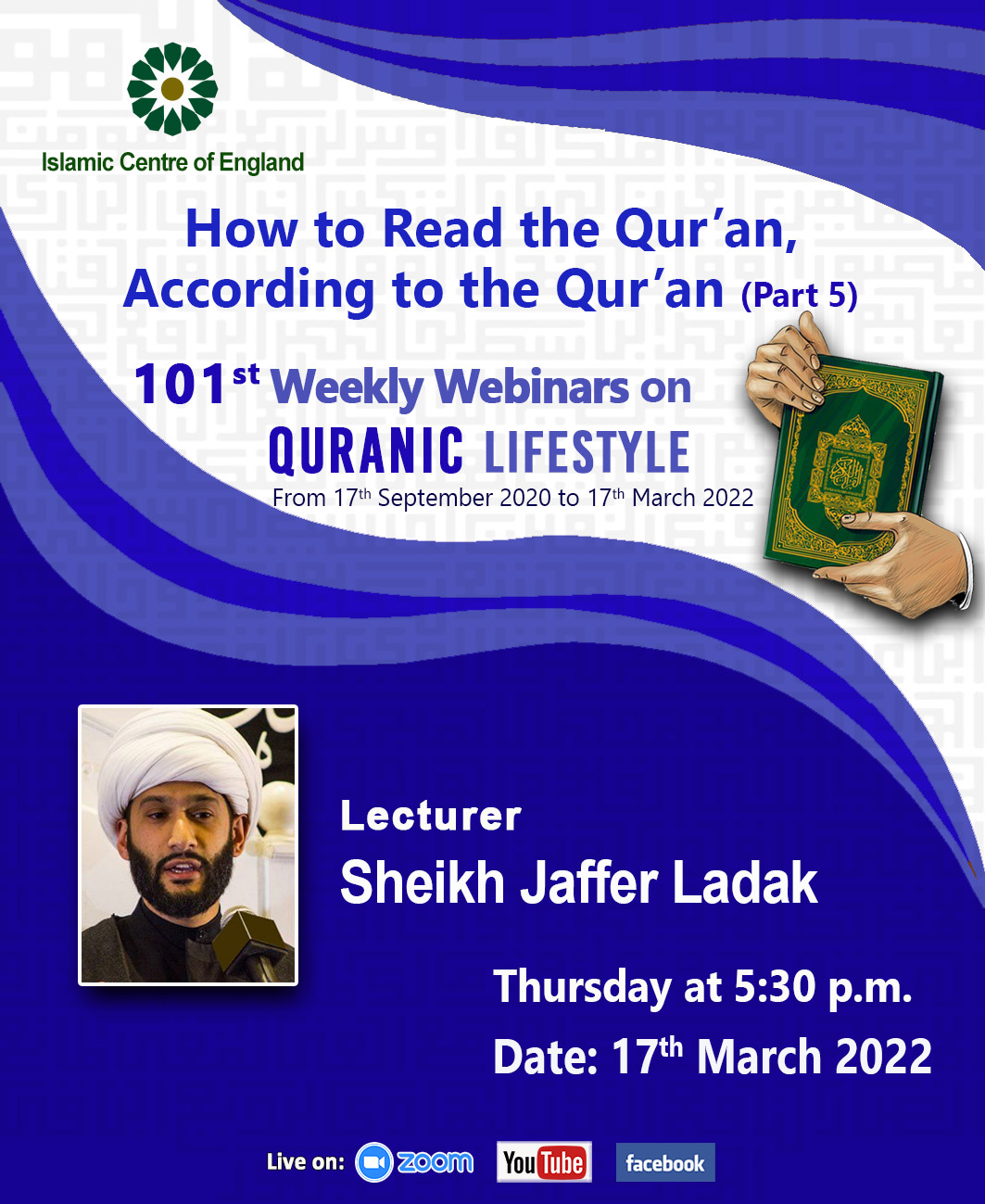