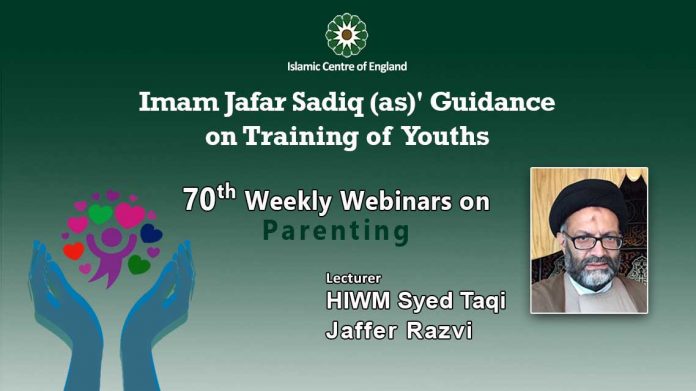 Holding the 70th session of weekly webinar on Parenting

“Imam Jafar Sadiq (as)’ Guidance on Training of Youths”

In this meeting, which was addressed by HIWM Syed Taqi Jaffer Razvi, he spoke for 25 minutes on the subject of the meeting.

He is running Hawzah Programmes in South London.

He also is translator of books and articles. 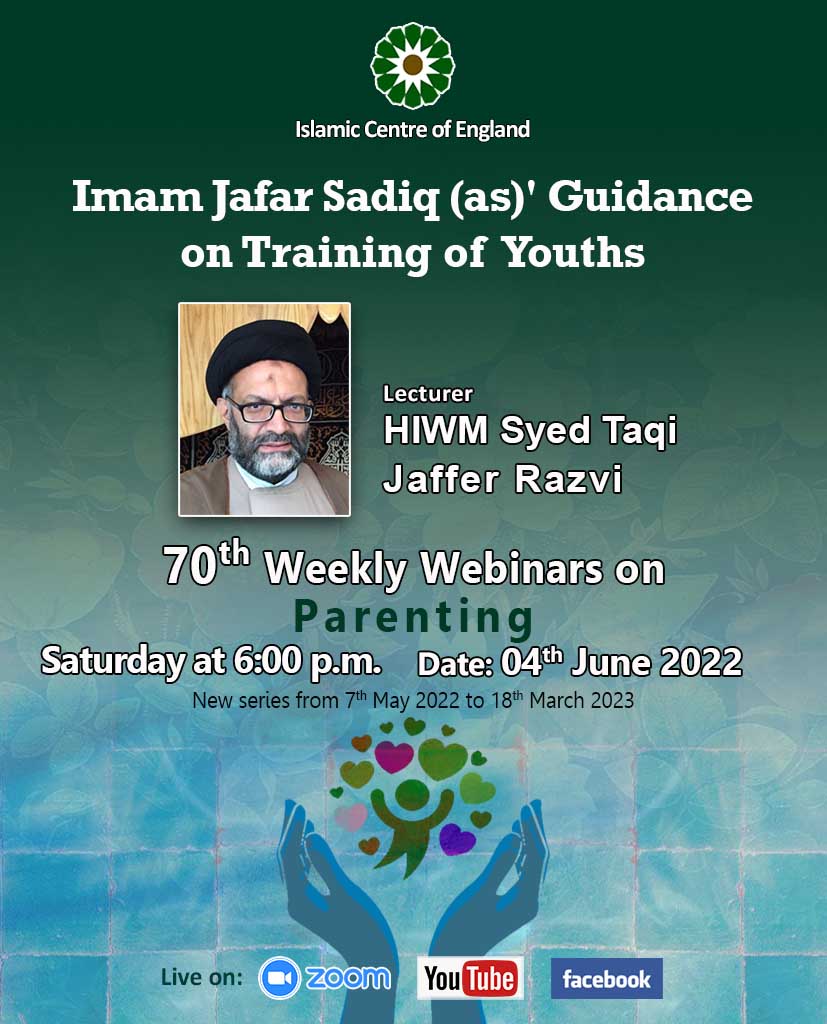 📌 Topic On: “Imam Jafar Sadiq (as)’ Guidance on Training of Youths“‎