Commemoration of the 33rd Imam Khomeini’s departure anniversary in Glasgow 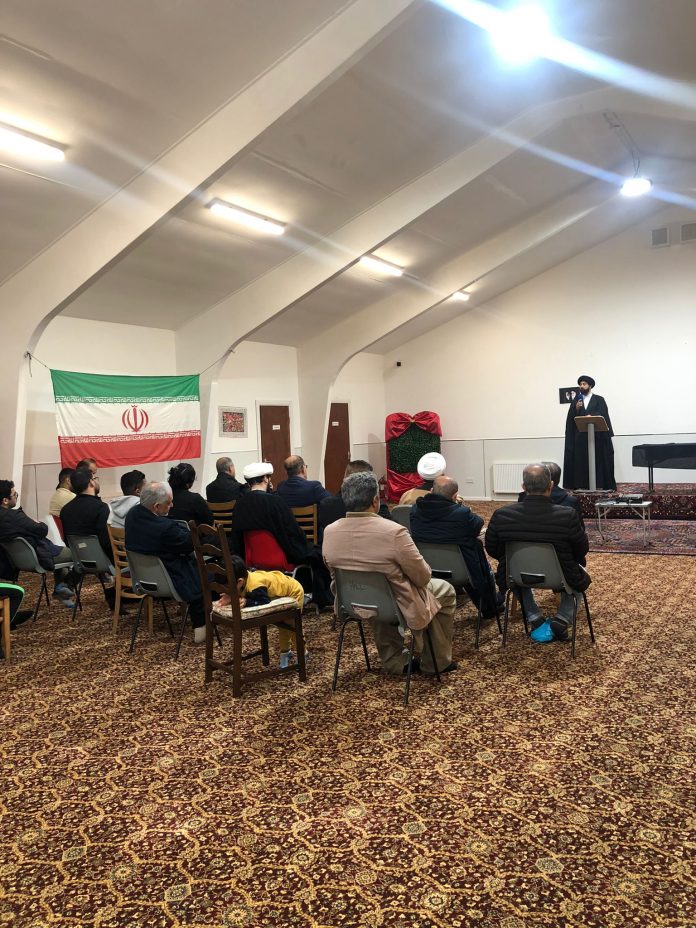 Commemoration of the 33rd Imam Khomeini’s departure anniversary in Glasgow

In this ceremony, which was held in the presence of the supporters and the lovers of Ahl al-Bayt from different nationalities on Friday, the third of April, 2022, coinciding with the 13th of Khordad 1401, the speakers emphasized:

Guardianship of the Islamic Jurist (Wilāyat al-Faqīh) is the correct Shi’a narrative of the doctrine of Intiẓār al-Faraj that Imam Khomeini (r.a) gave to the people of the world.

Hujjat al-Islam Noor al-Hassan, as the first speaker, expressed the scientific and moral greatness of Imam Khomeini and stated: The distinction of Imam Khomeini’s work was growth and progress in all dimensions, and this was the secret of his movement.

The Imam of the Islamic Centre of Glasgow, in explaining Guardianship of the Islamic Jurist from Imam Khomeini’s point of view, said In all religions that are somehow waiting for the saviour of the world, the doctrine of waiting includes three types of narratives, including loving the promised person, commanding the good and paying attention to society, and the narrative that Imam Khomeini (r.a) introduced to the world.

He added: “The Islamic revolution of Iran came from the heart of the same idea based on the discourse analysis of late Imam (r.a), so in this narrative, Imam believes that reappearance will happen, but those who are waiting and the believers should not stop their activities.”. He said: This narrative is the same as Guardianship of the Islamic Jurist, resulting from the heart of the Shi’a Intiẓār al-Faraj.

In the continuation of this ceremony, Hujjat al-Islam Mahdi Jafari also spoke about the scientific and moral aspects of Imam Raheel (r.a) and said: that Imam (r.a) wrote many love letters to his wife and these letters show how much he loved his esteemed spouse. This personality trait should be a lesson for us. He added that Imam Khomeini (r.a) was one of the leaders in all seminary disciplines of his time, and his jurisprudential works are still among the unique works in Shi’a scientific fields. Still, the best feature of Imam Khomeini (r.a) was that he studied and reached his peak. However, it did not cause him to neglect his society, leading a revolution in the twentieth century without relying neither on the West nor the East.

At the end of the ceremony, the praiser of Ahl al-Bayt (a.s), brother of Mehdi Bahrami, sang a lament.

Celebration of the Birth Anniversary of Imam Ridha (a.s.)