Holding the 75th session of weekly webinar on Parenting

This meeting, which was addressed by HIWM Syed Taqi Jaffer Razvi, he spoke for 35 minutes on the subject of the meeting. 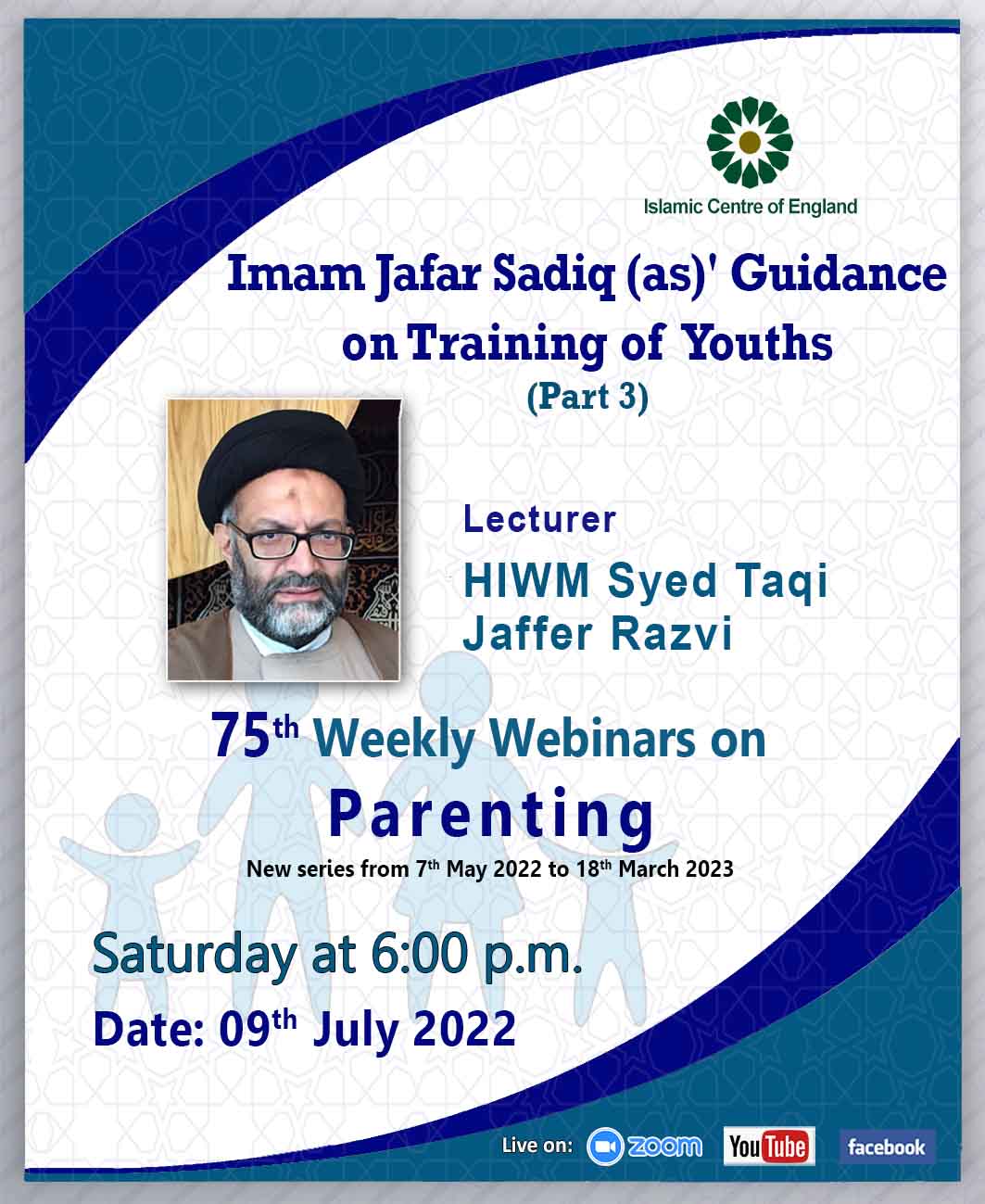