Holding the 77th session of weekly webinar on Parenting

“Imam Jafar Sadiq (as)’ Guidance on Training of Youths” – Part 5

This meeting, which was addressed by HIWM Syed Taqi Jaffer Razvi, he spoke for 45 minutes on the subject of the meeting. 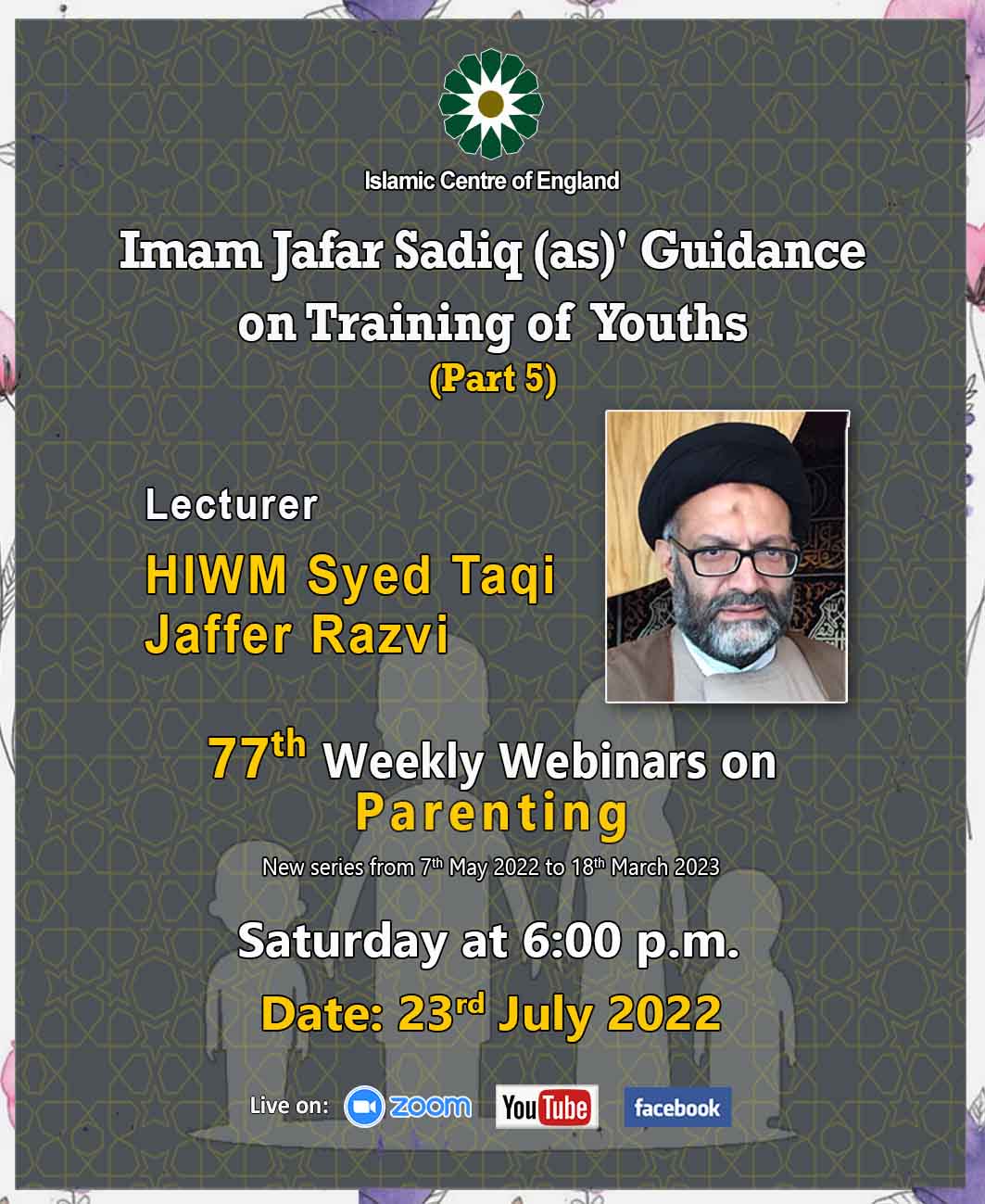