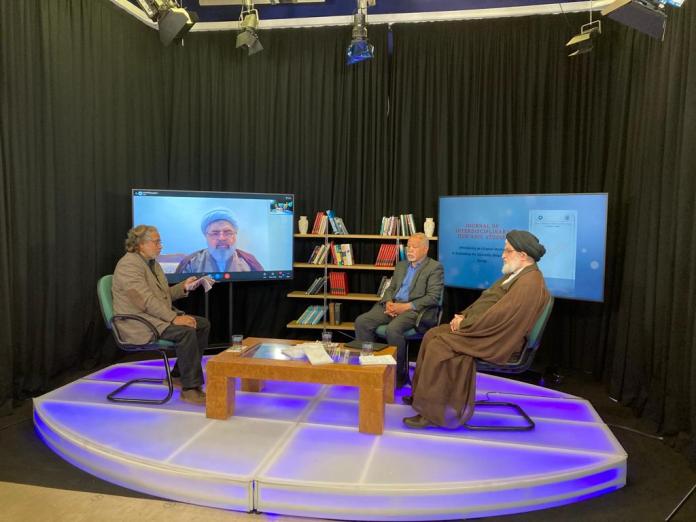 For the first time, Shahid Beheshti University in Tehran has published an academic research journal in the English language regarding Quranic studies in collaboration with the Contemporary Islamic Studies Organisation in London.

According to the IRIB News Agency reporting from London, this is the first time the Shahid Beheshti University in Tehran has published an English academic journal in collaboration with the Contemporary Islamic Studies Organisation in London.

This is the first time such an international journal with a research background in the Qur’anic field has been published in collaboration between these two organisations. The journal has been prepared, published and distributed to various Quranic and Islamic departments at various universities in England and Europe.

In a televised unveiling ceremony of this specialised journal, the director of the Islamic Centre of England said, “The Holy Quran is a book of guidance for all with which each and every one of us has different tastes in the ways we can reach ultimate happiness. The Holy Quran also addresses individuals in society that have scientific and academic interests. This publication was produced with the diligent and tireless efforts of researchers whose intention is to serve a very large proportion of society, especially those searching for happiness through scientific pathways.”

HIWM Seyed Hashem Moosavi also pointed out that the Holy Quran covers many different subjects, “When academic authors explain the contents of this heavenly book, which was revealed 1400 years ago, also in a language such as English which is a familiar language in the scientific circles around the world, especially in the West, this will attract a significant proportion of the academic elite.”

The Islamic Centre of England’s director continued, “I have concluded that one of the ways to invite people towards guidance and salvation through the Holy Quran is to introduce topics which are attractive to them. One such topic is interdisciplinary studies in the Holy Quran, which attracts thought-provoking conversation and discussion within academia.”

The programme, held in both English and Farsi, announced the goals and the necessity for content production and publication for such a specialised quarterly Quran journal in the West. HIWM Saeed Sobhani elaborated on this point, “In Western literature, they write that the

Quran opposes some parts of science, making religious scholars’ task more burdensome in proving that this view is actually incorrect.”

The Islamic College and Hawza lecturer continued, “Muslim thinkers should acquaint people with the profound meanings of the Quran by producing content and disseminating Quranic knowledge amongst society, especially Western societies.”

Dr Alireza Talebpour, editor-in-chief of the quarterly journal of Interdisciplinary Studies of the Holy Quran and cultural and social vice-president of Shahid Beheshti University in Tehran, said, “Researchers and scholars can submit their scientific articles on the Quran for this specialised quarterly through by referring to the contact hub. They can upload their article for consideration, and if they are found to have a sound evaluation and scientific judgements, they will be published in the future issues of this quarterly.”

Research has shown that in recent years, many books regarding Islam and science in the Quran have been published and spread in various Western circles. However, to date, this literature has not taken the form of a magazine or quarterly journal in order to lay down the foundations for new scientific theories in the Quran.

Dr Saeed Al-Shahabi, director of Abrar Foundation in London, stated, “This magazine will definitely attract the opinion of scientists, intellectuals, researchers and academics from both proponents as well as critics that like to challenge such issues from a scientific perspective, such issues are unique.”

He continued, “We can obtain new opinions from the conflicting views of supporters and critics, which can also be useful.”

The increasing trend towards Islam, with the rising number of Muslims in the West, has led to the formation of Islamic and Quran Studies departments in more than a hundred European universities. This inevitably requires the input of scientific research and articles by Islamic researchers and scholars. 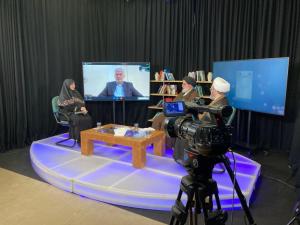