Holding the 83rd session of weekly webinar on Parenting

The 83rd session of this webinar, which was held on Saturday, 24th September 2022, at 18:00, dedicated its topic to the following subject:

“Setting the Standards of Friendship for the Youths (Part 1)”

This meeting, which was addressed by HIWM Syed Taqi Jaffer Razvi, he spoke for 45 minutes on the subject of the meeting. 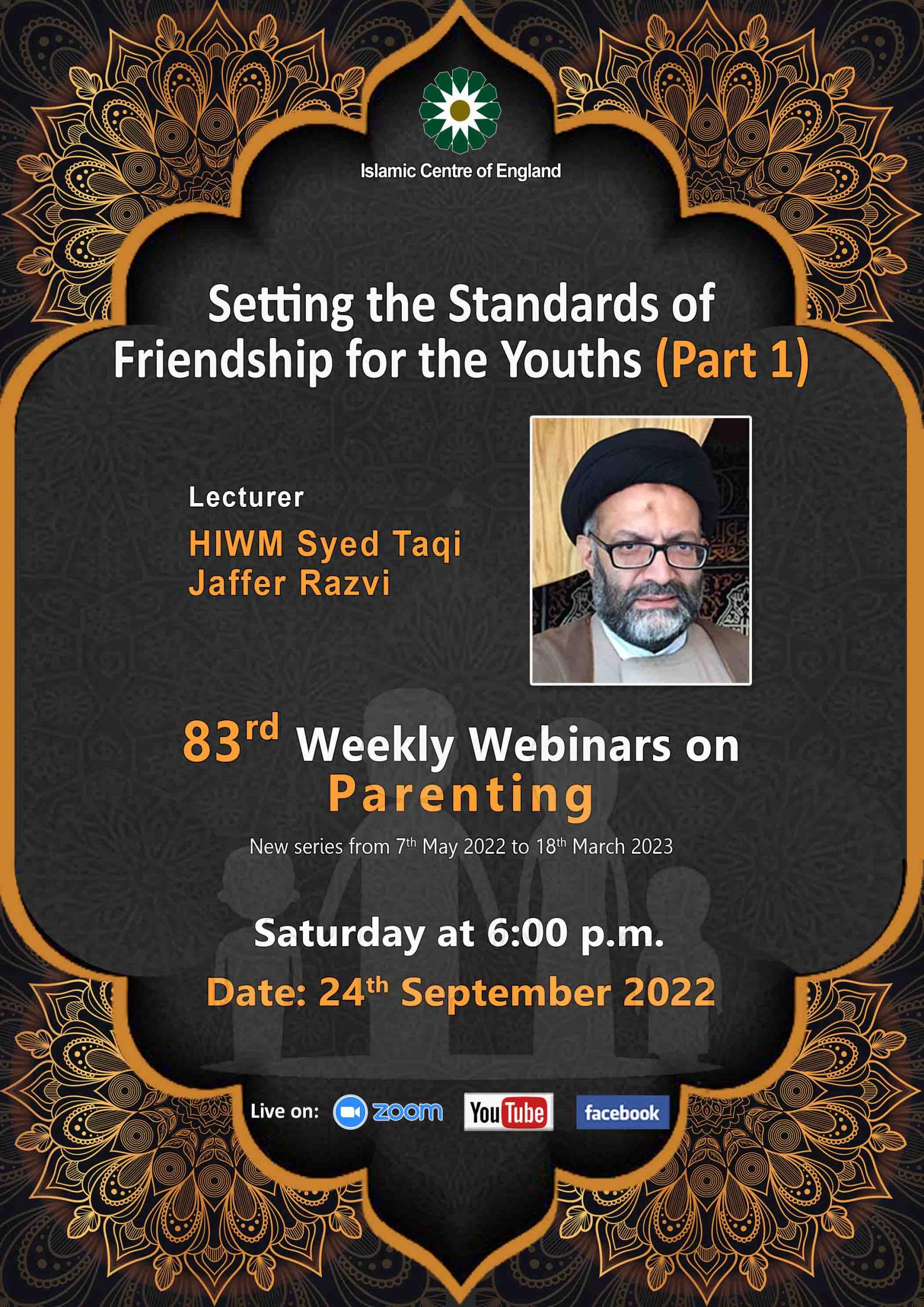 📌 Topic On: ” Setting the Standards of Friendship for the Youths (Part 1)”