The 63rd session of this webinar, which was held on Thursday, October 07th 2021, dedicated its topic to the following subject:

“Interpretation of Surah Al-‘Anbiyā’ “- Verses 78– 84: “The Words of the prophets in detecting harm in the Holy Qur’an”. 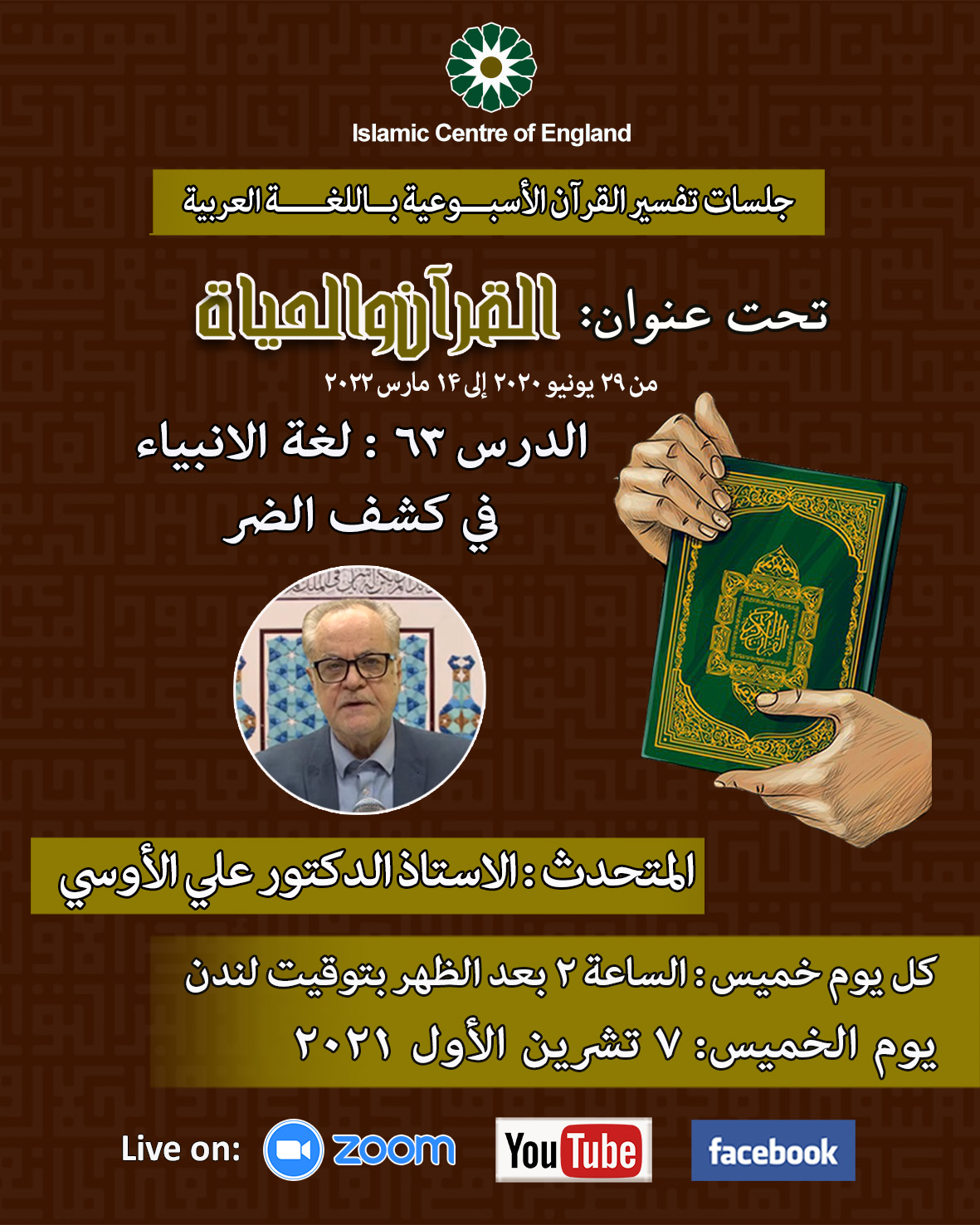