In an era where so many of people are working or studying from home and have more flexible timetables, Islamic Centre of England is holding few live interactive discussions in different speaker and topics such as weekly webinar on “Empowering Muslim Women”.

The weekly webinar on Empowering Muslim Women is held live every Friday at 4:30 p.m. on virtual networks such as Zoom, YouTube and Facebook.

The 12th session of this webinar, which was held on Friday, 2nd September 2022, at 16:30, dedicated its topic to the following subject:

In this meeting, which was addressed by Mrs Sahar Daneshvar, she spoke for 45 minutes on the subject of the meeting.

In this webinar, Mrs Sahar Daneshvar briefly reviewed and tried to answer questions such as how the knowledge system of Muslim women in Iran, especially the women of the Islamic Revolution, has been formed. And what are the elements of this system in the last hundred years? And how are they identified? and explain them.

Ms. Daneshvar’s academic orientation is a Master’s degree in women’s studies and she is active in the oral history projects of women of the Islamic Revolution and is the editor-in-chief of “Rozen” magazine about women. 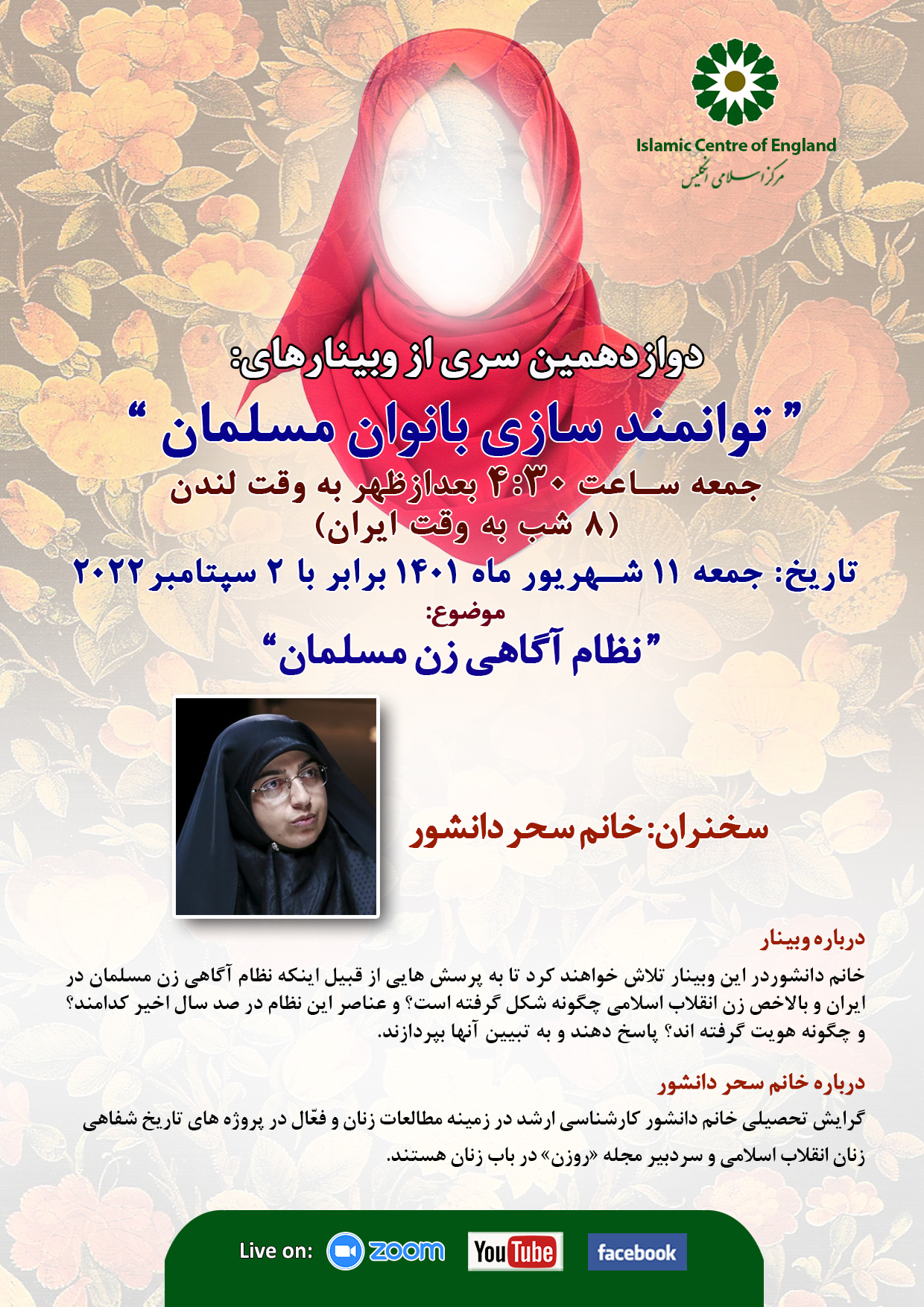