The weekly webinar on Islam and contemporary issues held live every Monday at 6:00 p.m. on virtual networks such as Zoom, YouTube and Facebook.

The 88th session of this webinar, which held on Monday, 19th September 2022, dedicated its topic to the following subject:

“Why should I eat Halal?”

This meeting, which addressed by HIWM Sheikh Abbas Bahmanpour, he spoke for 43 minutes on the subject of the meeting.

Sheikh Abbas Bahmanpour completed his BA at Middlesex University’s The Islamic College in 2009 and received his MA from the same university in 2011.

He has also spent a year in Syria studying Arabic. He has been working as the imam of Resalat Islamic Society since 2013 in Finland.

He is also completing his PhD in Helsinki University in the topic of Quran and Shi’a Islam.

At the second part of the meeting in the Q&A section, the meeting’s moderator, Mr. Hassan Arasti asked the questions raised by the participants in the meeting and the speaker answered them. 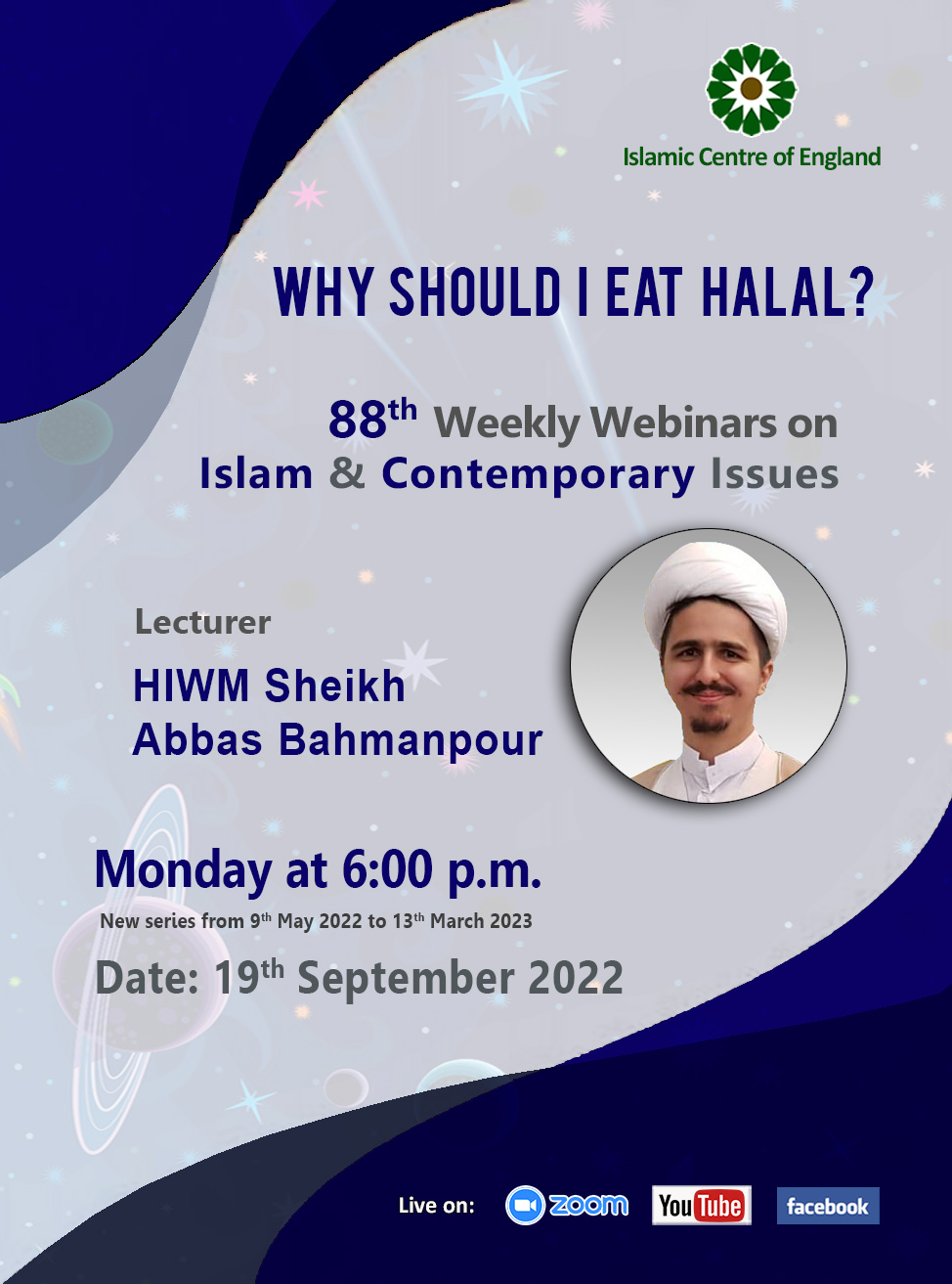