Holding the 80th week of weekly webinar on Quranic Lifestyle

The weekly webinar on Quranic Lifestyle is held live every Thursday at 6:00 p.m. on virtual networks such as Zoom, YouTube and Facebook, but this Thursday started at 6:30 p.m. after the Maghrib prayer.

The 80th session of this webinar, which was held on Thursday, October 21st, 2021, has dedicated its topic to the following subject:

In this meeting, which was addressed by Dr Jalal Fairooz, he delivered his speech for approximately 55 minutes on the subject of the meeting. 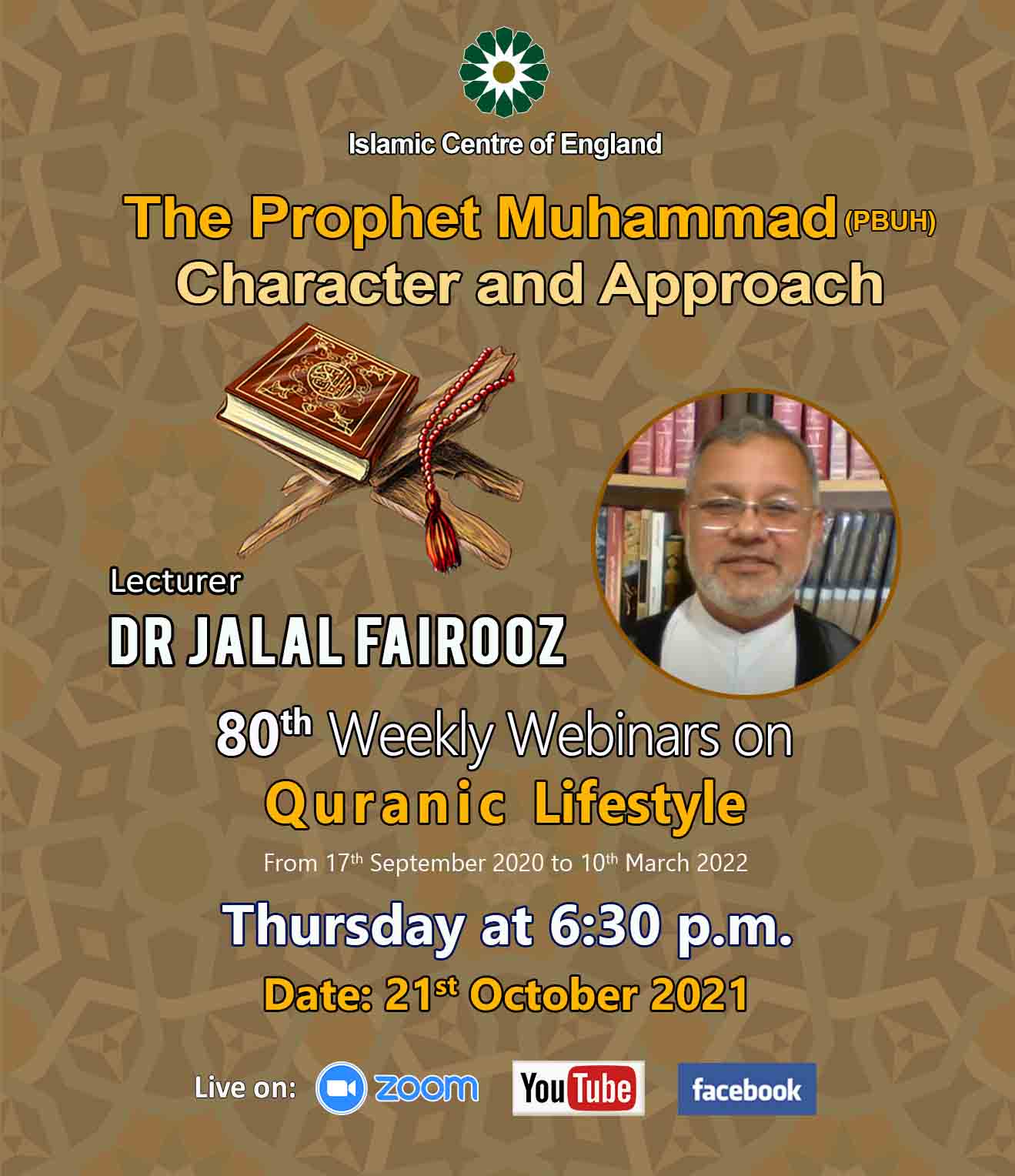