The twenty-Third session of this webinar, which was held on Thursday, February 18, 2021, dedicated its topic to the following subject:

“Intercession (Shafa‘ah) in the Holy Quran“

In this meeting, which was addressed by Dr. Jalal Fairooz, he spoke for 45 minutes on the subject of the meeting. 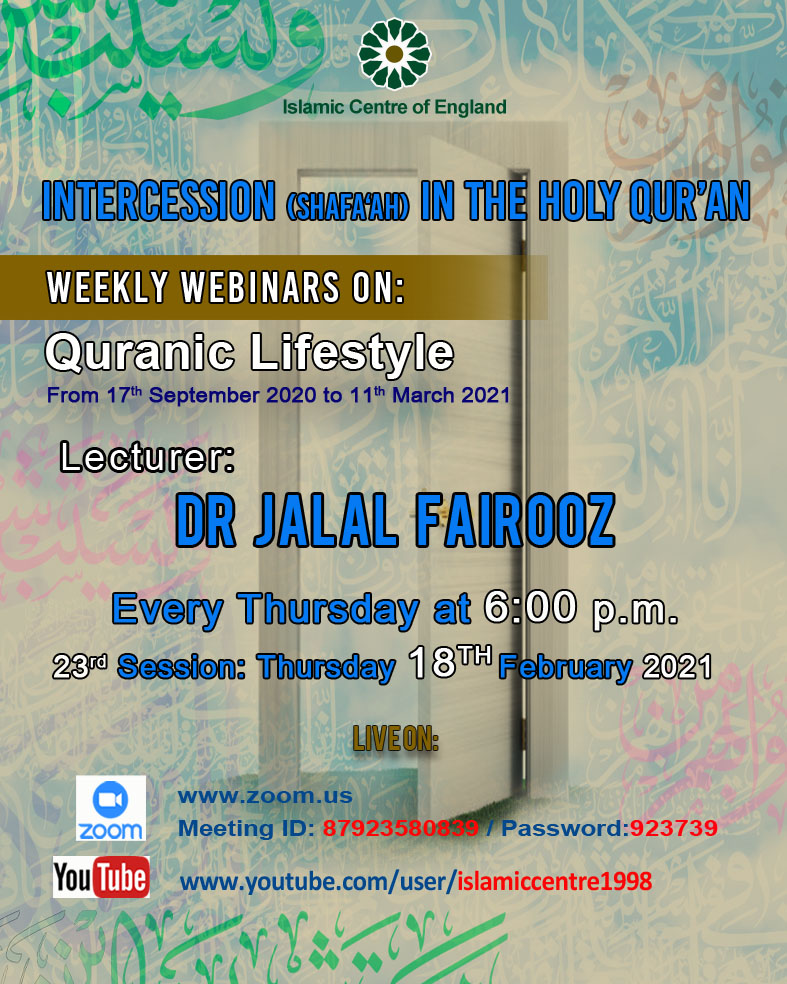