In an era where so many of people are working or studying from home and have more flexible timetables, Islamic Centre of England is holding few live interactive webinars in different topics such as weekly webinar on Parenting.

The Nineteen session of this webinar, which was held on Saturday, February 20, 2021, dedicated its topic to the following subject: 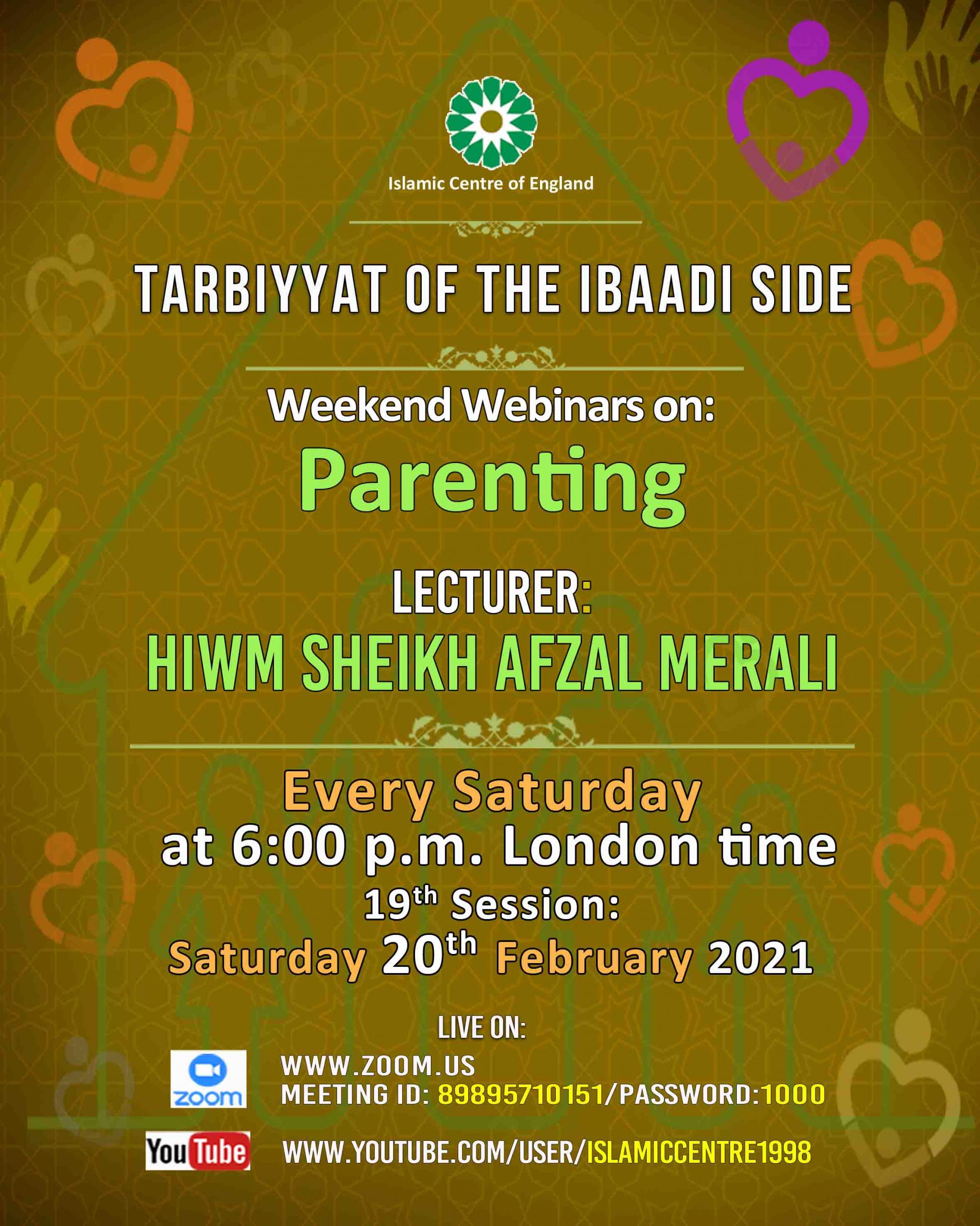