Holding the 35th weekly webinar on Quranic Lifestyle in Arabic

The Thirty Fifth session of this webinar, which was held on Monday, February 22, 2021, dedicated its topic to the following subject:

“Interpretation of Surah Al- Fath “- Verses 8 – 17: “The Noble Prophet Mohammad(PBUH) and the Ummah: Rights and Duties”. 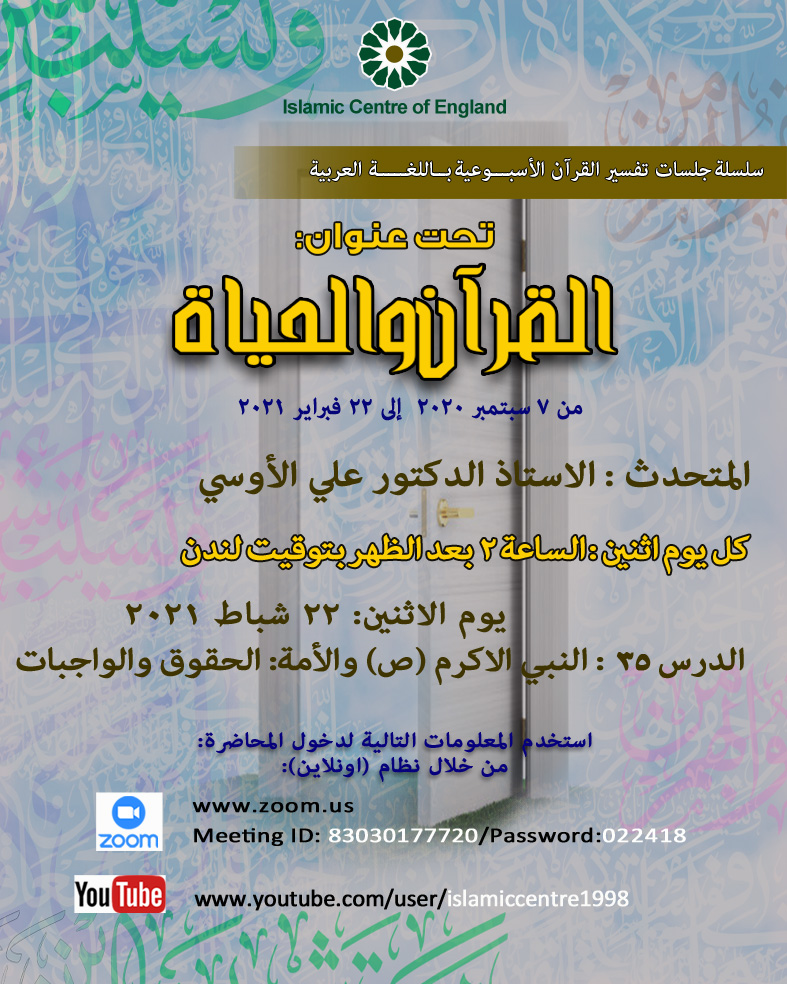