HomeICEL SpeakersHIWM Sheikh Ali AlemiHolding the 6th week of the new series of weekly webinar on...

The Sixth session of this webinar, which was held on Thursday, May 27, 2021, has dedicated its topic to the following subject:

In this meeting, which was addressed by HIWM Shaykh Ali Alami, he delivered his speech for approximately 45 minutes on the subject of the meeting. 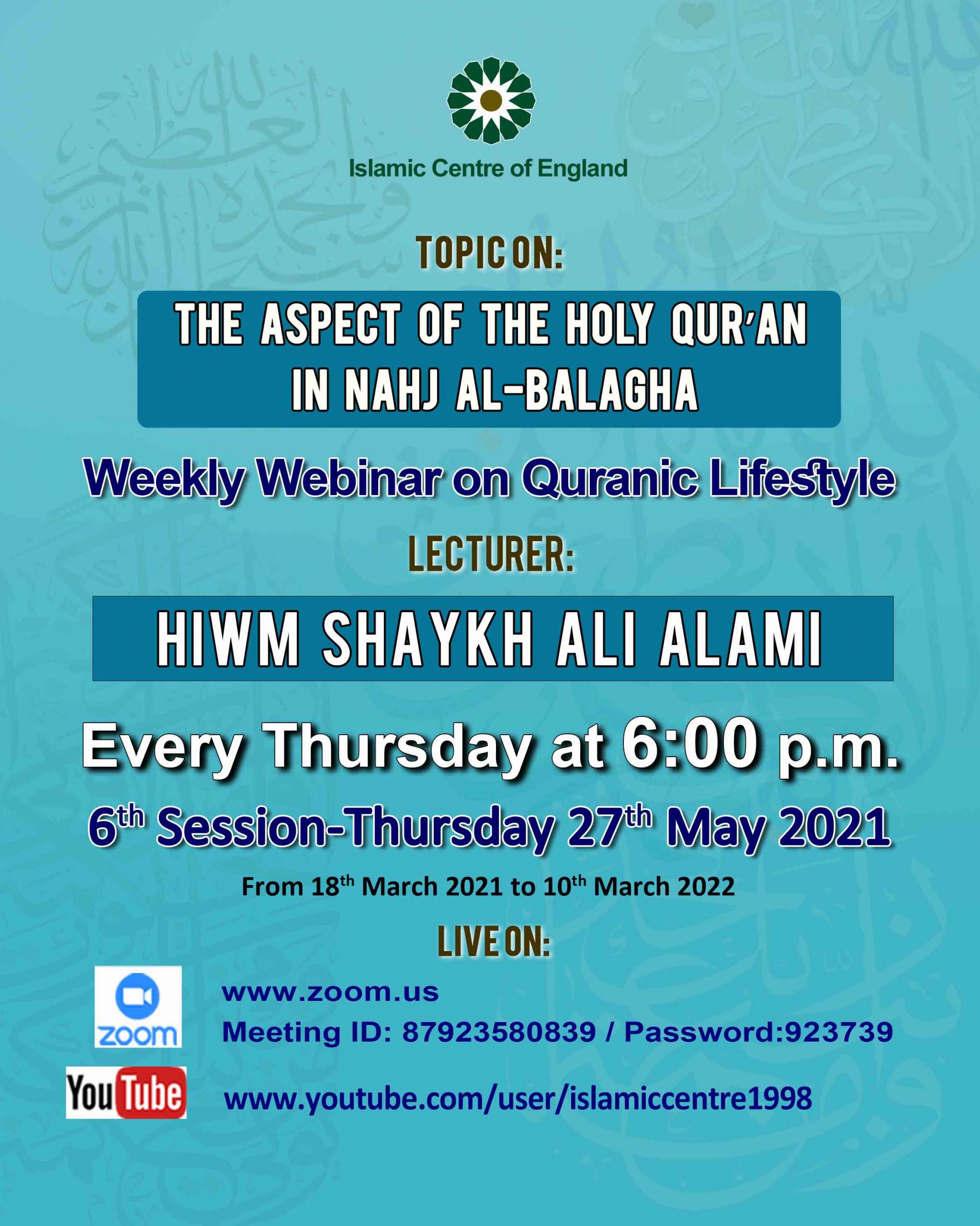