Holding the 83rd week of weekly webinar on Quranic Lifestyle

The 83rd session of this webinar, which was held on Thursday, November 11th, 2021, has dedicated its topic to the following subject:

In this meeting, which was addressed by HIWM Shaykh Ali Alami, he delivered his speech for approximately 36 minutes on the subject of the meeting. 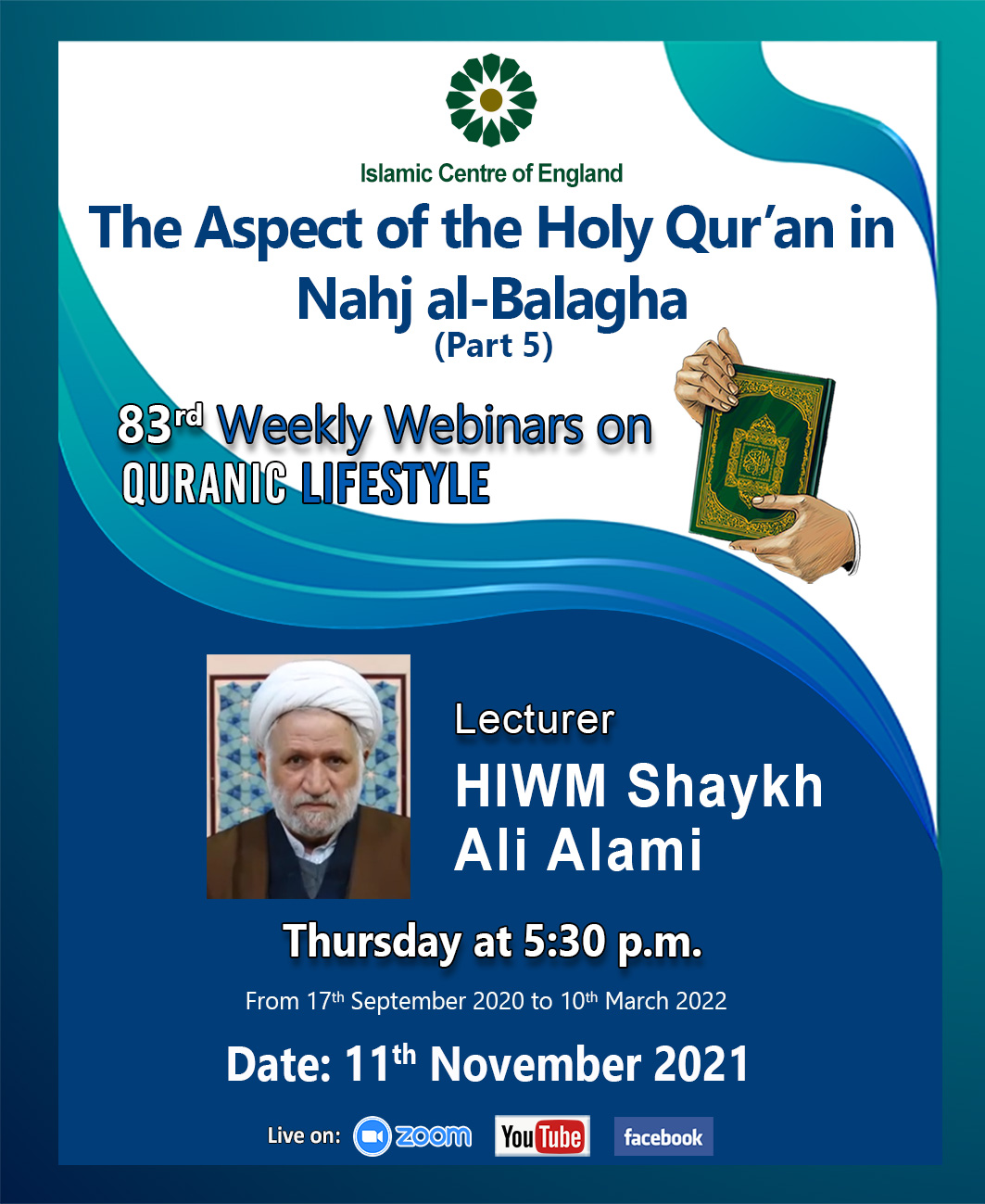 📌 Topic: “The Aspect of the Holy Qur’an in Nahj al-Balagha-Part 5 “